As well as displaying its own collection the Museum of Inuit Art (MIA) had a long tradition of highlighting, through special exhibitions, the works of individual artists and artists’ collectives from the North. I was fortunate that on my last visit they were hosting works by ceramic artists from the Kangirqlinik Centre arranged by the Matchbox Gallery in Kangiqliniq (Rankin Inlet).

Ceramics? Not something that is immediately associated with the North! Stone and ivory carving –yes! Print making – certainly! But ceramics? What are the odds of there being both the material and the medium for the creation and firing of clay in the frozen North?

Well in 1962 someone at the Department of Northern Affairs and Resources decided that pottery would be just the thing to replace the recently closed nickel mine at what was then Rankin Inlet. Based on the spurious notion that ceramics were a “ancient lost art” of the Inuit (shards of pottery had been found in the Far North West) the officials at the Industrial Division of the Department decided it was what was needed to jump start the economy and compete with the successful carving and print making popular inroad in other Northern communities.

Claude Grenier, and his wife Cecile were sent up to Rankin to set up a ceramic studio and arts centre. Grenier taught the techniques but allowed the artists to go their own way with design and form. As so often happens what followed was a wide difference between what the Southern “experts” paternally felt should be done, what was “best” for the Inuit and the will and desires of the People themselves. The story of the struggle to find a real Inuit voice and the bureaucratic failure of that first attempt is told in From A Different Mould from Uphere Magazine.

Though government support of the Rankin Inlet Ceramics Project dried up, the creative urge of the people involved did not. In 1979 Jim and Sue Shirley, two American artists, came to Kivalliq and began to work with the local artists. Eight years later they founded the Matchbox Gallery as a cross-cultural workshop dedicated to serving as a display, production, and training centre. Though the artists in the collective work in printmaking, painting, carving and jewellery making the predominant creative medium at the Gallery is ceramics.

Most of the major artists from the Kangirqlinik Centre were represented in what I thought was a truly fascinating exhibition of an art form which I had never associated with the North.

Here are a few of the works that I found remarkable. (Left click for a closer look and again where there are multiple pictures a left click will lead to a slideshow.  A click on an artist’s name will take you to their biography.) 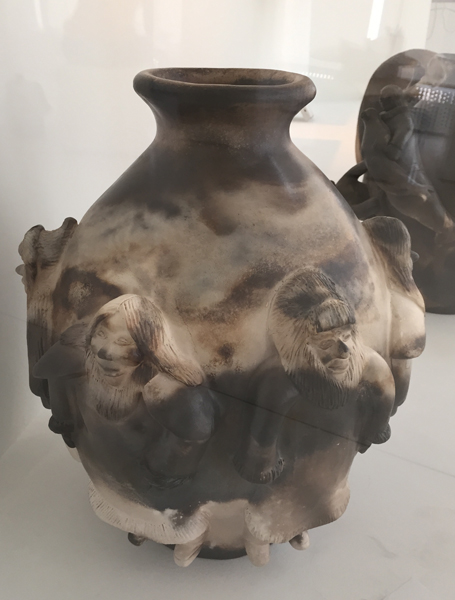 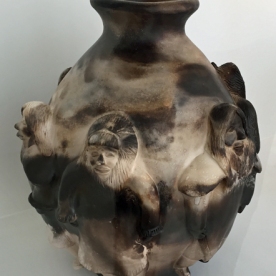 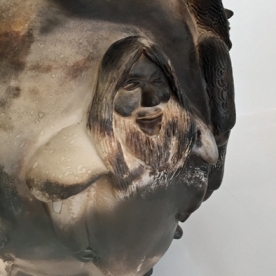 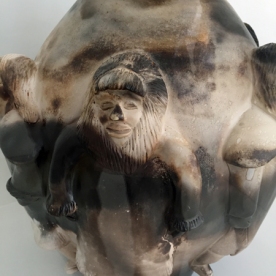 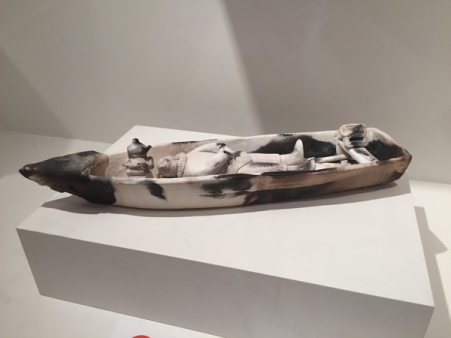 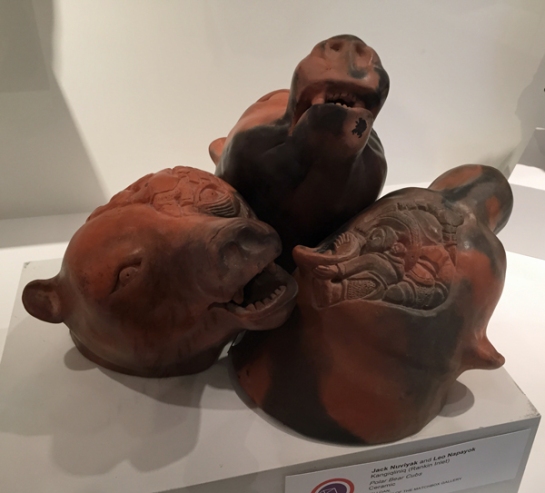 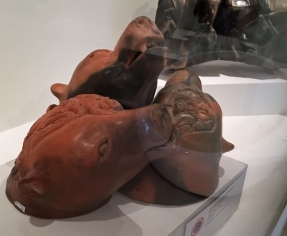 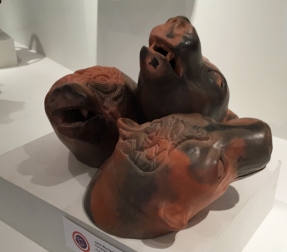 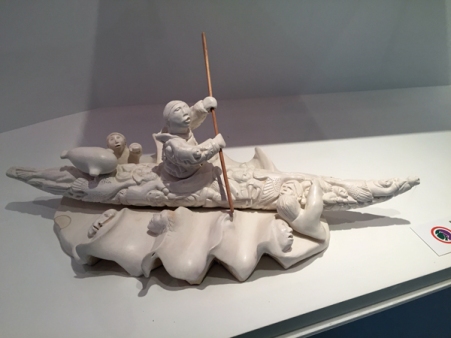 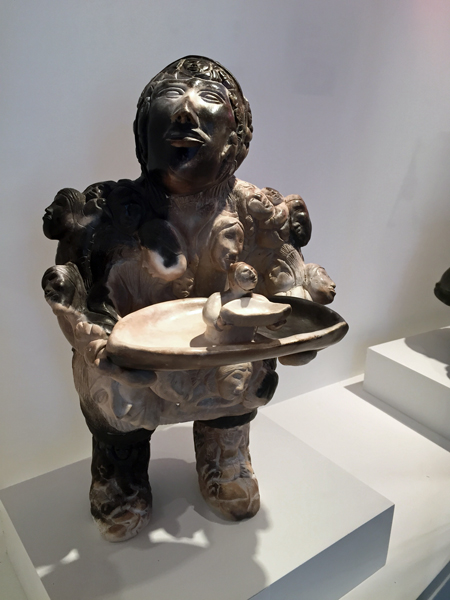 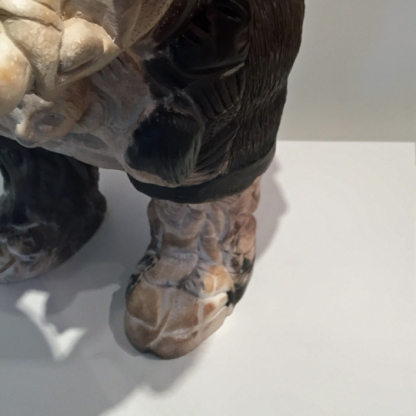 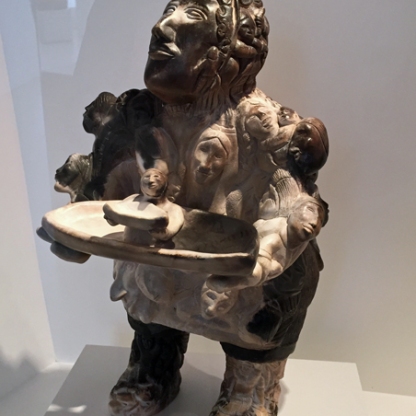 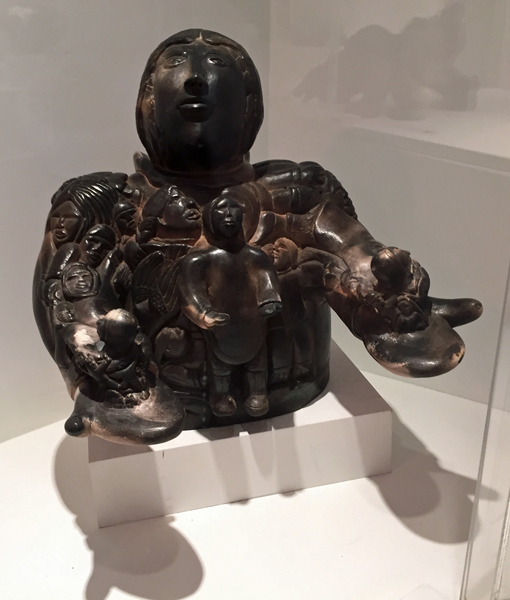 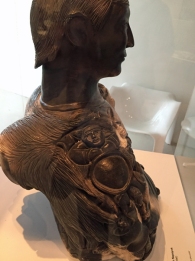 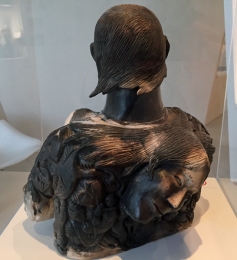 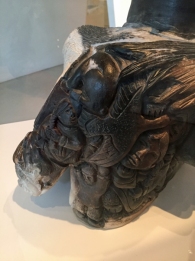 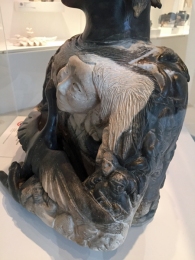 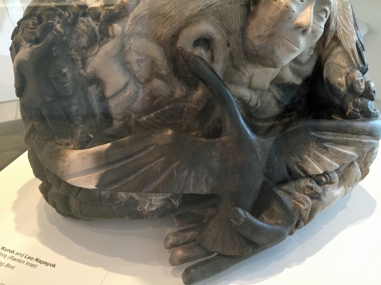 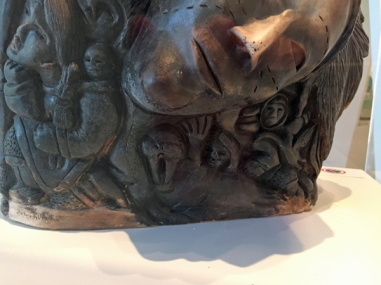 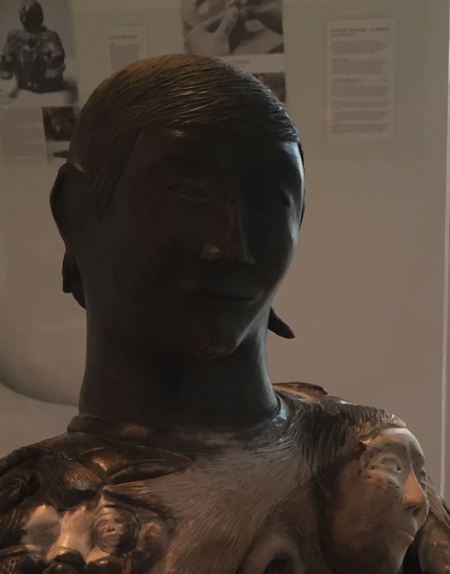 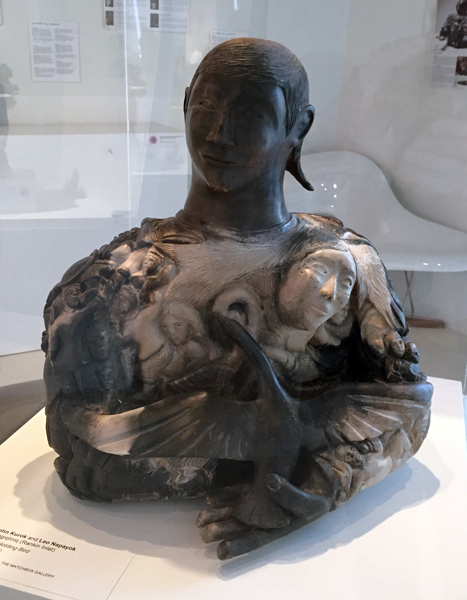 Though the article on the original Rankin project talks of an electric kiln I was told by one of the docents at the MIA that the method used at the Kangirqlinik Centre is akin to the centuries old pit firing.  This ancient way of firing – used for centuries by pottery makers in Japan, Africa and many Nomadic cultures – has been adapted for the conditions of the North; the permafrost precludes a dug pit so oil drums are packed sawdust and the unfired pieces embedded in it.  Unfortunately I could not find anything that demonstrates drum firing but this short video gives an idea of the process.

On this day in 1899: American Temperance crusader Carrie Nation begins her campaign of vandalizing alcohol-serving establishments by destroying the inventory in a saloon in Kiowa, Kansas.